Cover Reveal for 'The Village Creatures'

It only took twenty-three pieces of paper, an unprecedented amount of caffeinated drinks and around one and a half weeks, but I’ve finally finished the front cover

The book is about a village called Sandwich where nothing ever happens . . . until Mr Fitz and his fabulous formula turn all the villagers into animals. Sounds fun, but let me draw your attention to the big red pointy tail at the top left of the cover. That belongs to a dragon. More specifically the dragon who now calls himself “The Almighty Dragon Overload of Sandwich”. Penny and Earl are the only ones without a tail who can save the village, and all they need to do is, gulp, defeat a dragon!

The Village Creatures is due to be released on 27th March 2020, so I better get on with the long list of other stuff I need to do to get it ready.

Say a prayer for my kettle! 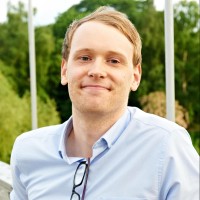